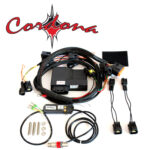 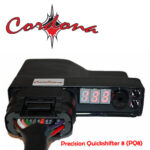 For use on all motorcycles with single or twin ignition coils, 1, 2, 3 and 4 cylinders. Used on most sport bikes. For other coils the installation is not plug and play, still an easy straight fwd. installation though, hardware for splicing is included. *Automatic rpm controlled ON/OFF, fully adjustable, to prevent the engine from stopping when put in neutral from 1st gear while at idle.
Will pick +12v from a coil via the red wire going straight to the PQ8 CPU on bikes with stick coils, making for an easy installation, no need to install a 12v wire on bikes with stick coils.

0 cart
You've just added this product to the cart:
wpDiscuz